Nineteen per cent of workers worldwide seriously injured at work

How we earn a living remains a major threat to our physical and mental health, affecting people in different ways depending on where they live on the planet.

The World Risk Poll paints a picture of two worlds: low-income economies, where the most dangerous jobs are in agriculture and fishing; and high-income economies where the biggest threats are to mental health from workplace harassment and violence.

The World Risk Poll finds that 19 per cent of workers worldwide say they have been seriously injured while working. Significant numbers, and as many as 50 per cent in some countries, have experienced violence and harassment in the workplace. Overall men, and especially young men, experience more injuries than women.  The World Risk Poll recorded a gender gap of 23 per cent of men compared to 14 per cent of women having been seriously injured at work.  Men are more likely to do dangerous, physically taxing roles such as working on the land, at sea and in construction or manufacturing.  The poll found this to be the case in every region with injuries generally lower for women as a result. 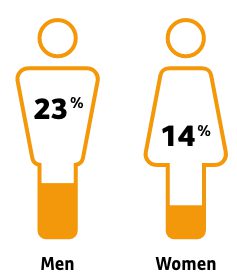 The World Risk Poll recorded a gender gap of 23% of men compared to 14% of women having been seriously injured at work.

The findings portray the hidden human cost of our global economy. In the same way the world is increasingly balancing economic growth with climate impact, we urge world leaders, businesses and regulators to use the findings of the World Risk Poll to balance economic development with making work safer and less damaging to our health and wellbeing.

Farming and fishing are world's most dangerous jobs

The planet’s most dangerous places to work are the fields and fishing boats of some of the poorest countries in the world.  Thirty-four per cent of farmers, agricultural labourers and fishers in low income countries were recorded by the World Risk Poll as having been seriously injured at work, and 32 percent in lower middle-income countries.

In some countries experience of serious injury is significantly higher than the average. For example, 69 per cent workers in Sierra Leone say they have been injured at work – more than 57 per cent of the country’s GDP comes from agriculture.

A better understanding of how people perceive risks at work can help employers, unions, industry bodies and regulators to prioritise measures to reduce harm and can empower workers themselves to take actions that reduce their risks.

The next most dangerous jobs in the world are in construction and manufacturing. In low income countries 37 per cent of workers in these areas of work reported being seriously injured at work with some regions reporting even higher numbers. In East Africa, for example, 40 per cent of workers in these jobs reported serious injuries, with the Middle East and West and Central Africa at 38 per cent.

It is hard to make proper decisions on the risks if there is a lack of evidence. As a foundation working to make fishers safer, we need to look at statistics and facts to figure out what will be the best interventions. Projects like the World Risk Poll can help inform the work we do. 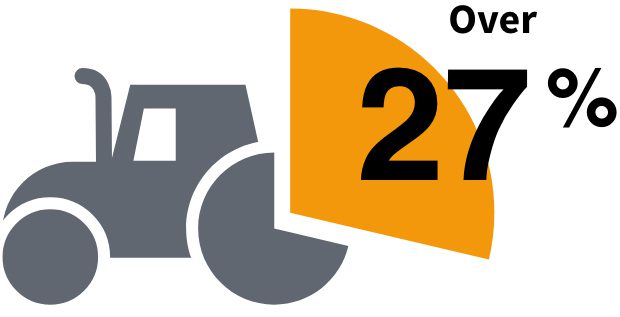 Over 27% of farmers, agricultural labourers and fishers have been seriously injured at work. The World Risk Poll highlights the scale of risk experienced by the millions of agricultural workers across the world.  The risks extend well beyond the fields and plantations, with terrible injuries experienced in plants that process harvested crops

Sabdiyo Dido
Alliance for a Green Revolution in Africa (AGRA)

World’s most and least dangerous countries for workers

People across the world who answered YES to the question of whether they’ve ever been seriously injured while working. (% of country’s workers) This is the first time that we have heard the voices of ordinary workers from across the world, talking about the risks to physical and mental wellbeing they face in the workplace. This will give us a better picture, complementing the information from official statistics, which are often incomplete or less detailed.

We go into the field to work, anything can happen at any time, we can get injured, grievously with our equipment. We can get attacked by wild animals or catch an infection because of insects or we experience snake bites.

The poll also reveals the proportion of workers in each country who have experienced significant workplace risks including fire, using mechanical and heavy machines and exposure to chemicals and biological hazards.

Fire was the second most-mentioned risk (after trips and falls) in the Middle East and throughout most of Africa and Asia. 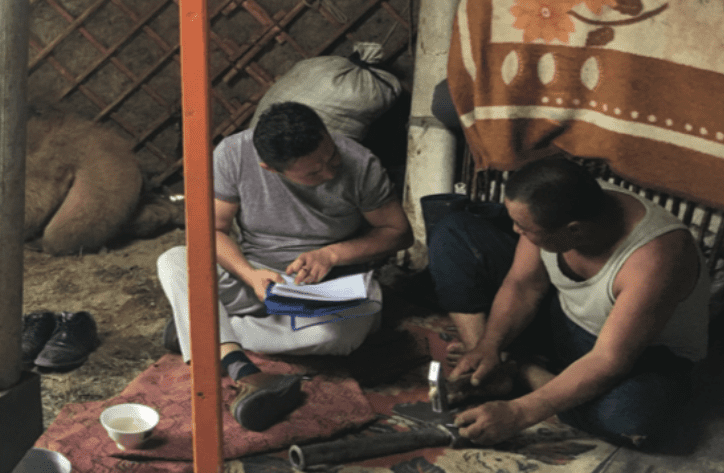